Motorcycle Routes is for lovers of mountain bike trips, there are special places that trap for its breathtaking landscapes and mythical roads. One of those routes is in the Pyrenees.

Among the thousands of routes through the Pyrenees that you can take, today we want to tell you about this obligatory crossing for any mountain biker looking for plans for this summer.

Route through the Pyrenees between Tourmalet and Ordesa

This mythical route between the French and Spanish Pyrenees crosses world-renowned places such as the Col du Tourmalet port, the emblematic mountain pass of the Tour de France. In addition, this circular route crosses towns that date back to the Middle Ages as Pont de Suert and Aínsa, near the Ordesa y Monte lost national park. 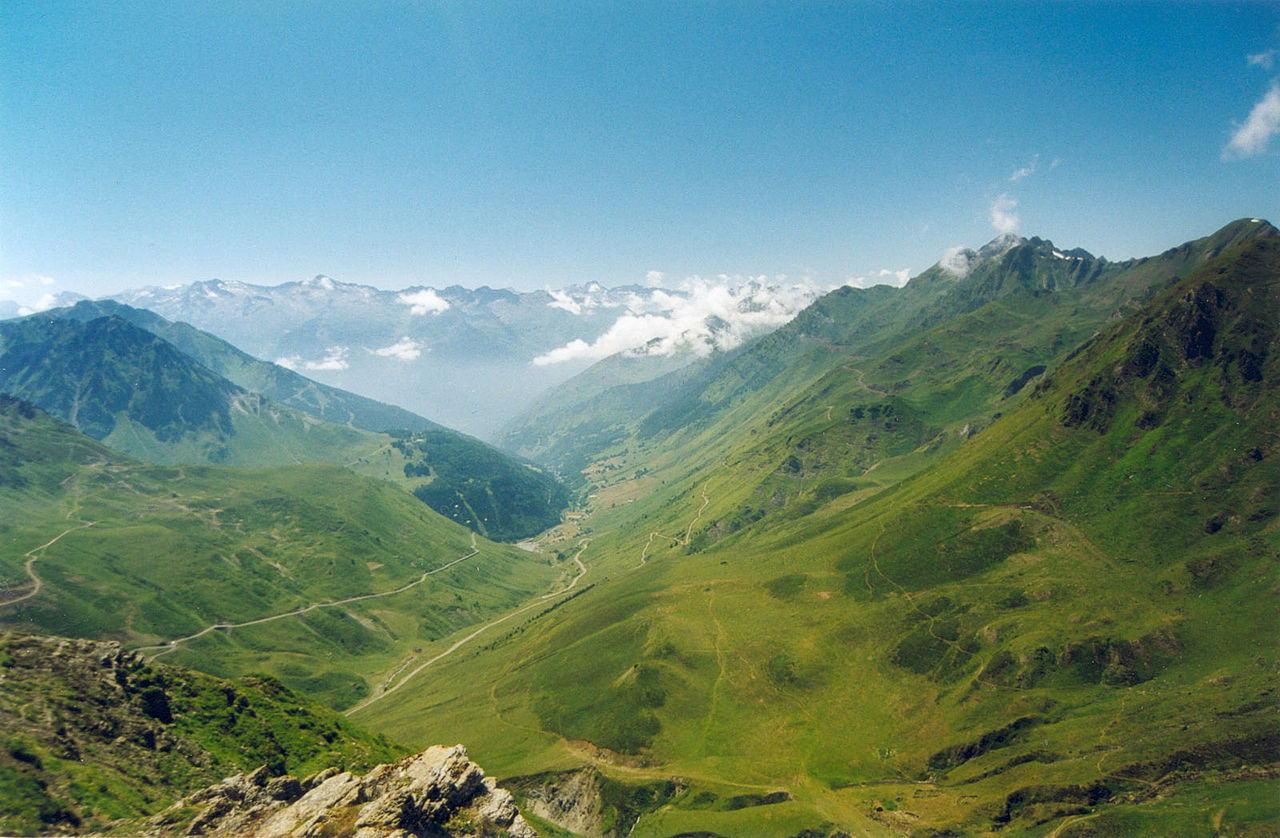 We start this summer route between Tourmalet and Ordesa in the beautiful village of Sort where we can spend the night before embarking on our Pyrenean journey. Taking the C-13, which later, without changing direction will become the C-28 we will arrive to Vielha where we can make a well-deserved rest.

Leaving Vielha for the same C-28 we will look for the N-230 until we reach Bossost, very close to the border with France. From here, taking the D618A we will reach Banyeres de Luchon, known for its ski resort and thermal station.

From this town and taking the D618 we will drive 25 kilometers to Genos. From here, a very interesting stretch begins for lovers of curves, taking the D25 and then turning to the D225 and following the signs to Bourisp.

From this town, we will start one of the longest stretches of the route following the steps of cycling and entering the port of Col du Tourmalet by the D113 and then direction Lartigue to the point of stop to admire the views.

After admiring this impressive place, we will take the D918 until we reach Luz Saint Sauveur where you can visit the Castle of Santa María of the X century. From Luz, on the D921 we will drive to Argeles Gazost through the so-called Ruta de Luz.

Next, we will have to look for the road towards Formigal that crosses Arrens Marsous by the D934. Once we cross the border back to Spain, a hard but impressive stretch begins for lovers of motorcycles. Taking the A136 from Formigal and later the Trans-Pyrenean N-260 we will get to Biescas in Huesca.

From Biescas we pass through Sarvise and taking the HU-6314 road towards Valle de Pineta we will arrive at Aínsa, declared a Historic-Artistic Monument.

From Aínsa we take road 260 and the A1605 until we get to Pont de Suert (Lérida). After recovering strength in this magnificent town we will continue by the Trans-Pyrenean 260 for 29 kilometers to Pobla de Segur.

Finally, our route will end in Sort, from where we had left towards France.

One of the most spectacular routes through the Pyrenees that you will find is waiting for you!