Tunnel of the pyrenees

Wonderful half-day route linking the valleys of Bielsa (Spain) and Aure (France) through the first tunnel built between France and Spain in 1970 with a length of 3070m and at an altitude of 1664m, the tunnel is usually closed in winter.
Bagnères de Luchon - is a thermal city, climatic spa, which offers beautiful landscapes, it is also known as the ``Queen of the Pyrenees``. We can visit: the Museum of the Pays de Luchon, the Chambert Baths, the Church Notre-Dame-de-l'Assomption etc.
Tunnel d'Aragnouet - is the first international tunnel built between France and Spain, located in the Central Pyrenees linking the valleys of Bielsa (France) and Aure (Spain) with a length of 3070m.
Gerri de la Sal - is a beautiful village of the Pyrenees, which is located in a narrow widening between two ditches (Arboló and Collegats) bathes the river Noguera Pallaresa. We can visit the Monastery of Santa Maria de Gerri de la Sal (Romanesque style of the twelfth century), Salinas de Gerri de la Sal (9th century) etc.
Sort, Vielha, Bagneres de Luchon, Ainsa, Campo, Castejon de Sos, Pont de Suert

34min
33.5
Km
We leave Vielha on the N230. At the roundabout we take the exit for Avenida Baile Calbeto Barra / N230 and continue straight along for about 15 km. At the next roundabout we take the second exit onto N141 and continue along this road for about 8 km. Passing the border, we hit the road D618A and we continue straight along for about 10 km until we reach Bagneres de Luchon.
End of the stretch 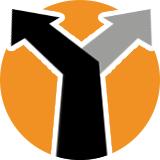 7min
5.3
Km
We leave from Azet by the D225 and we continue here for about 2 km approx. We turn left onto D25 for 1.5km approx. Then we turn right towards Le Village / Rpute de Sailhan / D25 and continue for approximately 2 km until we reach Saint – Lary – Soulan.
End of the stretch

8 min
8.8
Km
We leave from Saint – Lary – Soulan by the D929 and we follow the road for 9 km approx until arriving at Relais de Nouvielle. At the entrance of the village, we turn left to take the D118 road.
End of the stretch

4min
3.5
Km
We leave Relais de Nouvielle on the D118 and continue straight on this road about 3.5km until we reach Chapelle des Templiers.
End of the stretch

27min
28.7
Km
We leave Pont de Suert by the avenue of Victoriano Muñoz / N230 and continue for this about 800m approx, after which we turn left towards N260. We continue along this road about 28 km, until arriving at Senterada.
End of the stretch

13min
9
Km
We leave Senterada by the avenue of Flamicell / L503 and continue along this road about 3 km approx. Then we turn right and follow the signs for about 6 km until we reach Montcortes.
End of the stretch

8min
12.4
Km
We leave Gerri de Sal on Les Vinyes street. We continue for a few meters and turn left towards Carrer Raval del Rosers / N260 and continue for the N260 about 12km approx, following the indications until arriving at Sort.
End of the stretch

Pictures of the route