Beautiful half day route, where we can enjoy mountains, endless views and one of the main characteristics of Barcelona, La Sagrada Familia.
The route passes through the La Molina ski station, where several international tests have been carried out.
La Sagrada Familia - is the most known and characteristic monument of Barcelona. The work of Antoni Gaudi represents a exceptional and outstanding creative contribution of architecture and construction technology of the end of the nineteenth century and early twentieth century. The facade of the Birth and the crypt of the Exploratory Temple of the Sagrada Familia were inscribed on the list of World Heritage of Unesco in 2005.
La Molina - is a ski resort located in the Sierra del Cadi, where several international tests have been carried out, for example: The Alpine Ski World Cup in 2008-2009, IX World Snowboard Championship 2011 and the Alpine Ski World Championship
for Disabled in 2013.
Port del Canto - is one of the long peninsular ports with high altitude, but very beautiful. It is well known for the trans-Pyrenean routes N260 and the Tour de France.
Sort - is a beautiful town in the Pyrenees that is known for being the capital of adventure sports. It is also known for the lottery administration ``The Golden Witch``.
Barcelona, Moya, La Molina, La Seu d'Urgell, Sort 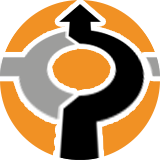 9min
7.9
Km
We leave Castellterçol in Carretera de Moyá / C-59 towards Carrer Font de la Vila, and continue on this road for 7.9 km, until we reach Moyá.
End of the stretch

4min
3.2
Km
We leave Moyá by Carretera de l’Estany / C-59 towards Carrer d’Orriols and continue along this road for 3.2 km, until we reach Montvi de Baix.
End of the stretch

13min
12.2
Km
Leaving La Molina, we will head northwest on GIV -4082 towards Carrer del Pirineu. Within 500m, at the roundabout, we take the third exit towards Avinguda d’Alp and continue on this road for 4k approx. Afterwards we continue straight on the GIV-4082 for 6.7 km. Afterwards we turn totally to the left towards E-9 (signs for Barcelona / Tunel del Cadi) and continue on this road for approximately 1.2 km, until we reach Alp.
End of the stretch 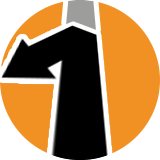 Pictures of the route

The national road N-260, also called Eje Pirenaico is a charming road, very quiet, without much traffic and with a unique natural environment. It connects the towns of Portbou and Sabiñánigo. In addition, some areas were renovated, so circulating it is a pleasure. We hope you liked the routes along the N260. Have a nice trip.